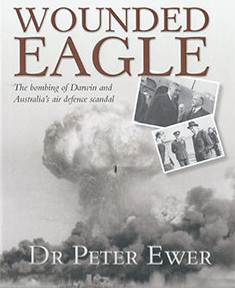 Led by the best strategist ever to command an Australian military service, Air Vice Marshal Richard Williams, the Royal Australian Air Force spent the late 1930s getting ready for the war to come.

Williams crafted expert plans to deal with the likely Japanese threat, but he upset too many politicians. They preferred to take advice from London on how the RAAF should be run, pushed Williams aside, and turned the RAAF and the Australian aircraft manufacturing industry over to British priorities. ‘Wounded Eagle’ exposes this scandal like never before, in a shocking account of political chicanery and ineptitude.

On the 70th anniversary of the bombing, freelancer Mike Sweet wrote a piece for the Sydney Morning Herald drawing heavily on Wounded Eagle. Read more here:

How Darwin was Betrayed